HINC3 – The history of Nordic Computing 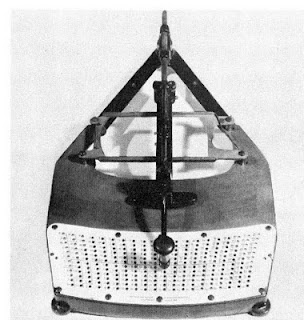 Last week I had the pleasure of participating in the third Nordic conference on the history of computing; The first conference of this kind was held in Norway, Trondheim in 2003. It was stated that the purpose of the conference is to re-examine the past:

The Nordic computing started with hardware such as BARK, BESK, and DASK. Why have we come into the position we are now? Could we have done better? What, in the past, did we good and which decisions were less good? What can we learn from the past? How should we continue in the future?
Consequently, the aim of this conference on Nordic Computing History is to re-examine our past and to extract experience and knowledge which we may use in order to make wiser decisions about future endeavours in information technology in the Nordic countries.

The fascinating thing about the conference is the possibility to meet the 'grand old men' of Nordic computing – Christian Gram, Janis Bubenko, Bjørn Nagell, Ivar Jacobsson, Arne Sølvberg , Harold Lawson, to mention a few, but definitely also the opportunity to review what the heck has happened to Data processing, or ICT as it is called these days, from the very early days and to discuss the role of the Nordics – companies, public sector, science, education – in this process.

The conference was opened by one of the key technology gurus from IBM's center for Business Value, Jim Cortada. He is particularly well know from his many books and for his recent work on 'disruptive technologies' . His opening keynote speech was indeed an excellent walk-through of the break points in the evolution of computer industry leading up to real disruptive nature of the internet (the internet-of-things to come) and how he introduced the 'digital hand' as a modern response to Adam Smith's invisible hand. The global nature of the phenomenon and how this will impact the whole range of industries and everyday is a fascinating thought.

At this link you will be able to look at the presentations as soon as the presenters have consented to sharing their thoughts: http://dsv.su.se/en/hinc3/papers/

During the cause of the next 3 days an impressive number of interesting presentations were given by the participating scholars, historians and computer specialists – some very interesting stories about particular applications, such as Norwegian Land Register, Battlefield operations in Sweden, Controlling electricity flows in Sweden (absolutely relevant given to days' discussion about intelligent networks), history of Danish Registers, Swedish medicine prescriptions, reliable Real-Time systems – all of which clearly demonstrate the Nordic Countries' role as first movers in several areas.

The entertainment during night time included a Balalajka band - Kazbek Balalajka – including Thomas Ohlin, who was said to have started this band in the later 40'ies!

On the following day I had the pleasure to present my speech on 'Early History of Computing in Denmark' based on the research in connection with my plan to document IBM Denmark's 60 years of history. This presentation covers the period before IBM was established – from the first customers of Hollerith equipment (Statistical department, here a picture from 1917), describing the period under the agent Max Bodenhoff, who was a marvellous salesman that managed to establish a solid customer base and a service bureau, that survived the war and became the basis for a real IBM subsidiary. In the same group of presentations Lars Heide from CBS presented the interesting story about the fathers of Eniac and what became of their plan to become commercial. Petri Paju from Finland presented the history and role of IBM manufacturing in the Nordic countries, and Sverrir Olafsson gave a very positive account of the years when IBM World Trade operated a Branch Office in Iceland – a very unique construction, which I remembered well – particularly as IBM Denmark and the Nordic Education Center of course were anchor points for the Icelandic operations. They are certain to get a nice place in my history of IBM!

Tor Olav Steine from Norway gave a brilliant presentation on the rise, fall and bankrupcy of Norsk Data – amazing how fast this company wnet under during the last 80'es – probably one of the first victims of the personal computers, even before the Internet was really a threat.

During a panel discussion in plenum I participated together with Ingeborg Sølvberg, Nina Wormbs , and Harlold 'Bud' Lawson discussing Tomas Ohlin's questions on 'What is unique about Computing in the Nordic Countries?' While Bud Lawson had a relatively pessimistic outlook for the future, almost foreseeing the collapse of the internet as a necessity to re-start Nordic creativity, and Ingeborg Sølvbergs cry for more women in the computing science faculties, I am really neither pessimistic for the future, nor am I a believer in a university/research led innovative future -at least not as the only driving force. Looking back over the last 20-30 years it is my clear position that it cannot be a coincidence that the Nordic countries are considered world leaders in deployment of computing technology and at the same time considered the top countries in realization of what we call the welfare state. The point is, that if historians should focus, I would suggest to try to document the link between these 2 roads of development and see how the take-up in society and in government of new technology has helped give us another sort of competitive advantage that 'just' trade balance considerations.

We had an interesting presentation of a massive research of real end-users that a group of nordic, primarily Swedish and Finnish historians has undertaken to document how users of IT (DP) has described what they had experienced. This is a massive bunch of interviews, that now is being put only for open research.

The conference dinner was accompanied by a Swedish Students' band – Kårsdraget – absolutely crazy and again a very traditional band, now including nice looking female students, something the older part of the audience applauded very much as this was news compared to the 50'ies.

Wednesday morning was opened by Ivar Jacobson among other innovative jobs the founder of Rational (later acquired by IBM) – that spoke about software engineering method and theory with a natural weight on business modelling.

The Finnish participants led by Petri Paju later demonstrated how new text mining and mapping solutions developed in Turku had helped to produce the first interesting, graphical representations on these end user's choice of topics and their relationships to other persons interviewed in the vast material.

Also Inara Opmane, professor from Riga Mathematics and Computing Research Centre, gave a very interesting account on IT before and after the fall of the iron curtain, where the center in Riga was one of the 4 most important computer research centers in Soviet Union. As I presented IBM Multimedia early in the 90'ies at the very University, it was very nice to see how far they have come by now – and interesting that they still have some of the old Russian computers in their museum!

At the closing of the conference Christian Gram presented the Danish delegation's ideas on how a HINC4 could be organised; as CBS and Lars Heide is organizing a Technology History Conference in 2012 where computer history might have a track, we suggest that the HINC4 is postponed to 2014, and possibly with a focus on Nordic Computing History in a global perspective but with a focus on societal applications – Health, Welfare, Education, eGovernment.