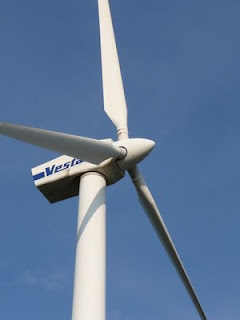 This year we are witnessing an increasing level of activity in all institutions and organisations that in some way expect to benefit or to be involved in the upcoming climate summit in in December: COP 15 – Copenhagen December 2009

The objectives for the meeting are very high and the effort put into the preparations have been substantial:

The Climate conference is supported by the UN International Panel on Climate Control.

The panel does not in itself represent the latest research, and some critics of their predictions claim that they base the recommendations on scientific work that is by now 2 years old. Others, including the notorious climate commentator Bjorn Lomborg, claims that all the effort and money going into carbon dioxide reduction are more or less wasted. But these days the critics seem to become fewer an fewer as the Copenhagen Fever intensifies;

This month the Copenhagen Climate Council will meet and discuss industries’ role in supporting the sustainability agenda.

And also the United Nations Framework Convention on Climate Change and its subcommittees are, what the call ‘in full negotiating mode’:

“The Ad Hoc Working Group on Further Commitments for Annex I Parties under the Kyoto Protocol (AWG-KP) and the Ad Hoc Working Group on Long-term Cooperative Action under the Convention (AWG-LCA) will operate in full negotiating mode in 2009 to advance work towards meeting their respective mandates. Important ongoing work under the Convention will also be taken forward in 2009 by SBI and SBSTA.”

But Carbon-Dioxyde submission, pollution and energy waste is first and foremost something that takes place in cities all over the World; so no wonder that this has become a burning platform and has created a lot of both political interest but also a number of real and promising initiatives forward. One of the first of this kind of initiatives in is the so-called Covenant of the Mayors.

(The big question is if this is enough to reverse the trend towards global warming!)

The Council of European Municipalities and Regions (CEMR), in Malmö, 22-24 April 2009, and discussed the covenant, adding to examples and recommendations and the number of cities and regions that have signed the Covenant is still adding.

Among other pan-European initiatives the Green shift Europe founded in 2008 pointed at a number of possibilities for city administrations, companies and citizens to contribute to achieving the EU targets – and maybe even to go beyond them:

Examples from the Green Shift proposals:

The European organisation for cities, Eurocities: Focus on the importance of smarter cities to demonstrate the role that ICT can play in improving the energy efficiency of cities, the consequent reduction in emissions and working towards achieving a more sustainable low-carbon economy and society. Also to coordinate work on the development of a “Green Digital Charter” which would propose an action orientated and measurable framework and to support cities in using ICT to facilitate emissions reductions through improved energy efficiency and innovation.

In working towards a ‘Green Digital Charter’ for cities the main points are:

IBM, one of the private companies supporting the Eurocities organisation, is supporting the climate agenda on a global basis, most markedly in the Smarter Planet approach.. Smarter cities are one of the key areas under this heading. IBM’s work in this area can be described in the following 4 different visions:

Example: The EDISON Project in Denmark was announced in February 2009. The objective of this project is to make a proof-of-concept that wind-based energy systems are able to offer a major part of the needed energy resources by allowing surplus energy to be stored in batteries of electric cars in peak periods, by operating windmills much closer to predicted storms and to have an intelligent electricity network connected to neighbouring countries to level off production and consumption. 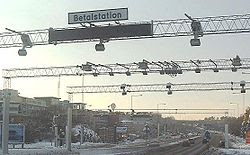 Another example is the Stockholm congestion/Intelligent traffic regulation system; Not only did the variable pricing scheme – combined with an increased frequency of busses and tramway – lead to a reduction of inner city traffic by more than 20%, the level of pollution also dropped sharply. This model, supported by IBM solutions, is now being replicated in a number of cities around the World – from , to , to .

For the upcoming Eurocities summer event taking place in from June 10 to 12, focus will move from the overall political declarations to practical and solid best practices that can be copied between the member cities. The preliminary program can be found here: