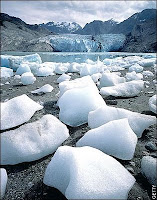 Remember July when the oil price reached 150 $ pr. Barrel – approximately as the same time as Senator McCain stated publicly that the US economy was as strong as ever? Since then the sub-prime buble exploded and stocks plummeted. Banks went broke, and the confidence between banks simply disappeared. It didn’t help much as US Senate couldn’t get their act together and as you remember, US legislators voted No for the first round of the salvation package.

This undoubtedly worsened the global aspect of the crisis to the extent that each and every country had to find ways to secure their own financial institutions. leading by a not-so-elegant rescue package where only local Irish banks where in a position to guarantee their clients deposits.

probably was among the most constructive to put together a package involving the financial sectors themselves, but beyond that point a carte blanc for deposits not only by private investors but also by companies. The Danish interest rate was raised to a level 1% above the EURO interest rate, and slowly the funds started to flow again.

This is a bit opposed to the melt down in , which to some extent had been expected sooner or later. As the total debt of the Iceland Banks extended to 8 times the Icelandic GDP, they sort of asked for it. The neighboring Nordic countries have extended some of their funds to help , but it will never again be the same. In spite of this risky business it did come as a surprise though, that Gordon Brown (which has scored a lot of ‘Browny’ points during this crisis) acted to protect British interests as he used the UK anti-terrorist law to nationalize the deposits of the Icelandic Kaupthing Bank in UK and with the 2 Bio £ captured, actually kicked the Icelandic state over the edge.

Following acceptance of final 700 Bn $ plan, by the US Senate at their second try, stock markets rose – temporarily. World market reacted positively for a while also after the G8 summit in Washington, but when EU leaders meet to combine efforts on bank crisis, it became rather obvious that it was more a less a question of implementing different national plans at the same time, so it helped for a while. But the markets in still reacted negatively. Worldwide crisis plans face acid test in Asia (Oct. 13.)

Now after a number of terrible weeks, the stock market is down on average by 25-30%, still extremely nervous, Dollar has – amazingly – risen to an all-time high this year, and believe it or not, the oil price is down to 79-80 $ pr. Barrel. And raw material index fell at an alarming rate not seen for more than 50 years. All of this are sure signs of a recession, and not only a short term financial hiccups because of some greedy bankers in US.

Now the real question is how well the World’s leaders are avle to manage and steer their way with the long term energy crisis that is not going away, even if the oil price temporarily has fallen back, between the riscs of rising unemployment and the long term wish and plans for a better Planet by reducing dependencies on oil.

Next year we will have the United Nations Climate Conference in Copenhagen 2009. This week the EU leaders met to discuss a common position and their formerly accepted plan to reduce carbon dioxide by 20% in just 2 years from now. Initially both , other former Eastern European Countries, and raised the opinion that EU should back off from this rather heroic plan – pressed by the upcoming elections in some countries and the fear of recession in most of them. But if one reads the results: EU Leaders meet to discuss position on climate before the UN conference in in 2009, everything looked fine on the surface. The problem is that the statement agreed upon requires that the EU leaders meet again and agree ‘unanimously’ on a position before the Climate Summit. So somebody kicked the ball over the side line to gain time. But no guarantees what so ever! (In spite of this statement: ‘Climate conference in Poland undeterred by current crisis’ )

It is interesting to note that both presidential candidates seem to be in support of doing something, in spite of the energy boards expectations this summer:

“However, unless the global economy is weaker than anticipated, EIA expects that the call on Organization of the Petroleum Exporting Countries’ (OPEC) crude oil will exceed OPEC crude oil production over the next 6 months. This market balance and the relatively low level of Organization for Economic Cooperation and Development (OECD) commercial oil inventories suggest some upward pressure on prices. However, if non-OPEC oil production increases as expected during 2009, oil price pressures would then moderate”

And it was likewise very positive to note that in the middle of the financial crisis in US,

US Senate approved package to extend loan to 18 Billion $ for promoting green energy. This is a follow up to a lot of warnings like this one: “ US faces long term energy crisis “

The next few months will see if we can get more countries on the move towards an agreement in while at the same time handling the financial crisis.

(If you want to read more abou the energy forecasts, this is the The International Energy Agency Outlook report ()

Friday I had the pleasure to participate in one the first public presentations on the new Danish Digital Signature that will replace the current ‘soft’ certificate, that began it’s existence in 2003 and currently has been issued 10 1.2 mio Danes. The conference was organized by Dansk IT, the Danish IT user association, and was managed and coordinated by Palle Sorensen from the IT and Tele authority, Ministry of Science and Technology.

The official presentation of the new certificate was made by the head of department in the Ministry, Marie Munk. (Marie Munk’s presentation in Danish). The main benefits of the new certificate is that it is organized dy an organization Dan_ID that is an affiliate of the Payment Services organization owned by the Danish Banks. Dan-ID took over the CA from TDC, the Telecompany that won the first round of tender back in 2003. This means that we will now have a certificate that is recognized not only by the Public authorities in , but also by the banks. And as we already today have more than 3 mio net-bank users, the coverage of the new digital signature is bound to increase.

The detailed presentation on the benefits and the roll out plan was made by Johnny Bennedsen, manager of Dan-ID (presentation not yet available) and a very experienced person in the field of managing payments cards and identities from his long career in PBS, the Payment Service organization.

Dansk IT had invited also a speaker from the Frauenhofer institution, Frauenhofer: Alexander Nouak on biometrics – Security versus convenience, to speak about biometrics and pitfalls. A very interesting presentation and a clear demonstration that you can not ‘just’ rely on neither fingerprints, iris scans nor 3D facial recognition – because all of these can be faked.

Following this first we had an interesting presentation by Christian Lang, IT- and Tele authority on the topic of establishing secure trading using the digital signature, also mentioning the EU PEPPOL project, and then a presentation by Jens Baunbæk on real estate trade and financing networks.

Finally I was asked to give a presentation on status in and future trends in e-Identity - From Digital Signature to e-Identity - and it may have been a bit provoking for the organizers and the speakers that the reality does not really put in any leading position when we are talking about digital identities. In fact, as you can learn from a number of articles and current status papers on e-ID in , we have taken a bit of a different course than the rest of as we haven’t even begun discussing how the digital certificate can be married with a trusted digital identity card with Biometrics. In fact, a part from Denmark, only Greece and Lichtenstein does not seem to have any plans at all for ID-cards in spite of the fact that we all have to have new passports with biometrics in just a year from now if we want to go to US. See for instance European eIdentifty Conference Haag June 2008 and a recent overview by Porvoo Group: January 2008 – Status and overview of eID.

My presentation showed some of the most interesting countries like the Austrian, Estonian and Belgian smart card schemes and discussed the new German plans for ID card (German plans for e-ID revealed June 2008 ). Even (As long as Gordon Brown is in charge) will have a national ID card.

Other aspects of the future is of course related to business use of e-Identities, which is still lagging behind in most countries and particularly the European Interoperability Framework and the stated need for a common identity scheme to promote cross-national transactions (See Launch of the STORK project June 2008 ), particularly when dealing with public authorities in other EU countries. (See IDABC e-IDM in Europe – February 2008 ).

It is a journey, we are on the route. But it seems that is trying to stay on the bicycle path and not on the main road. This may create problems for us if we are not starting to plan for upgrading our new digital signature.. 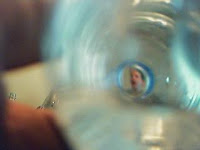 The Swedish act on surveillance, as described in my earlier blogs, will be changed on 15 major points according to Computerworld.
This is good news, in spite the fact that the EU commissioner Jacques Barrot responded to a question by the Danish Liberal member of the EU Parliament, Karin Riis-Joergensen, that national security surveillance only has to obey national jurisdiction. It seems that the internal Swedish pressure on the Parliament did the trick – including threats from a Swedish Human Rights Watch group to sue the Swedish Parliament.
The law is going to be amended on not less than 15 points, the most important of which is that any surveillance has to be accepted by a Swedish court decision, that it is also the Swedish Court that decides which channels/electronic cables could be tapped, that no traffic can be surveilled if there is a Swedish citizen in one end of the communication, and that data captured must not be kept for more than a year.
Even if it is encouraging and as it seems that the law has been brought into compliance with the Data Directive and Human Rights declaration, it is a pity that the answer by commissioner Jacques Barrot was not challenged, as it seems he hadn’t really understood the international consequences of accepting the original law.
But it seems that the Danish Parliament, a customer of Telia and as such one of the potential ‘customers’ for the Swedish defense, may sleep safely at night. Unless, of course, a state of war between DK and Sweden should happen.
Everybody does not seem to agree on this, and DI - The Association of Danish Industry - is still of the opinion that there will be no restrictions to check out communication between Denmark and other countries even under the new amendments. Therefore the DI organisation will give out information on encryption to prevent Swedish tapping into Danish communication.
According to Computerworld there are still issues. So in spite of what seems to be a happy ending, we may not have seen the last of this legislation.
Indsendt af Søren Duus Østergaard kl. 05.51 Ingen kommentarer: